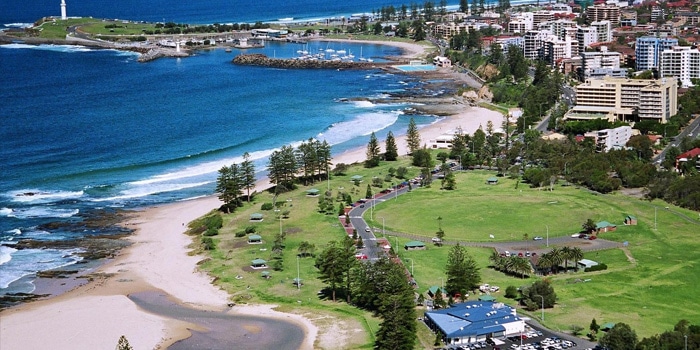 Tooting horns and the steady grumble of trucks and motorbikes filled the Illawarra on Sunday 17 November as more than 1500 vehicles, including four trucks from Alsco’s Wollongong branch took part in the i98FM Camp Quality Convoy. The annual event is the largest fundraiser in Australia, having raised over $5 million dollars since 2005 for children living with cancer and their families.

The event kicked off at 8.30am when the motorbikes started their engines to lead the convoy through to Albion Park, passing hordes of cheering bystanders who had braved the wet to join in the festivities.

The motorbike riders were dressed up as an assortment of characters including ninja turtles, Elmo, Spiderman and Despicable Me, which was very exciting for all the children in the Illawarra.

At 9am the winning bidder from a local window company in Wollongong started his engine to lead the truck convoy. Following him was a bus filled with ill children suffering from cancer and 780 other trucks tooting their horns. The sound of the Illawarra with roaring engines and horns tooting bought smiles to everyone’s faces.

A DAY THAT TOUCHES EVERYONE’S HEART

At least 6,000 people braved the wet to line the roads and enjoy the market stalls, rides and entertainment by singers Guy Sebastian and Damien Leith at the free family fun day following the drive.

Tim Duff, Chris Grech, Charlie Farrugia and Mykel Ihnat from Wollongong branch donated a full day to show their respect for such a great cause, which raised a staggering $1,191,816.22! As well as providing registration for the trucks, Alsco donated $500 to the event.

This is definitely a day that touches everyone’s hearts and it was great to see trucks from all over Australia participating. The convoy has been running for 9 years, with Convoy 2013 breaking the record of funds raised.

We guarantee 100% privacy. Your information will never be shared.